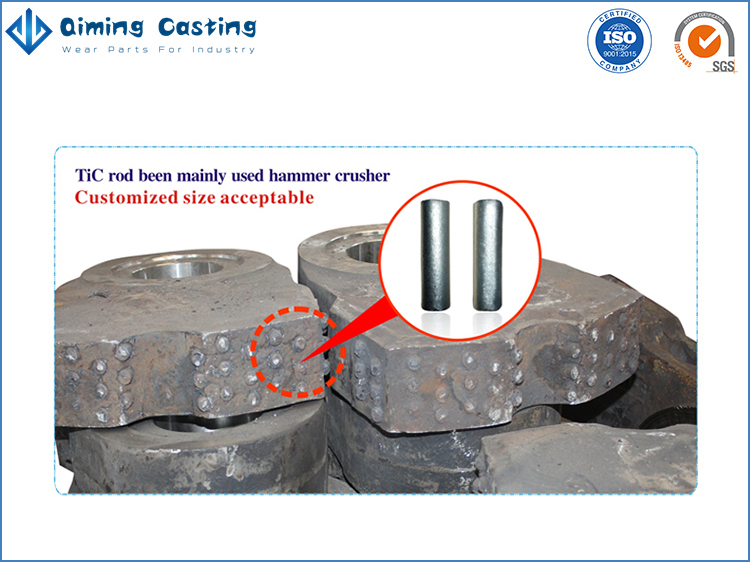 Why use TIC inserts manganese hammer?

The shredder hammer is mostly made of high manganese steel, which is a kind of anti-wear material with a long history. In recent 10 years, domestic and foreign scientists have studied high manganese steel from many aspects in order to further improve its wear resistance:

The research of these scholars has achieved certain results in improving the wear resistance of high manganese steel, but for some conditions with large impact force and larger parts, such as some big shredder hammers, it is still not ideal to use high manganese steel.

For this new material, we choose manganese steel as the matrix material. The chemical composition as the following: 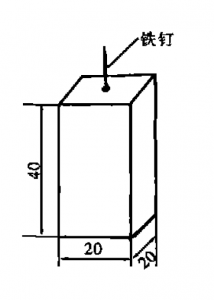 We use the sand casting method to cast a 120mm*120mm*120mm sample product. The samples were heat-treated in a box-type resistance furnace with water toughening treatment at 1050 ℃. The interface was observed by the naked eye, and then the microstructure, structure, and element distribution near the interface were analyzed by optical microscope and electron probe microanalysis (JCXA-733).

After machining, the surface of the sample was observed by naked eyes. It was found that there was no gap at the junction of high manganese steel and TIC cuboid except for different colors (high manganese steel was white, IC cuboid was black), which indicated that the two materials were well combined.

Fig. 3  SEM image at the bond of two materials

The experimental results show that the combination of TIC cuboid and high manganese steel is metallurgical. There is a transition zone in the interface of the two kinds of materials, no matter in hardness, or in the distribution of microstructure, structure, and elements, which makes the cemented carbide cast firmly in the high manganese steel. In the process of use, high hardness cemented carbide plays a role in resisting material wear, thus greatly improving the service life of the material.

Fig. 4  SEM image at the bond of two materials and distribution of Ti

The hammerhead made by the above method is used in the Hongyun quarry in Shunde, Guangdong Province. The broken materials in the quarry are hard stones used in expressways, and their service life is 20 days. The service life of the original high manganese steel hammer is only 7 days, and the cost of the cast in hammer is only 30% higher than that of the high manganese steel hammer, which shows the good economic and social benefits of the cast in the hammer. 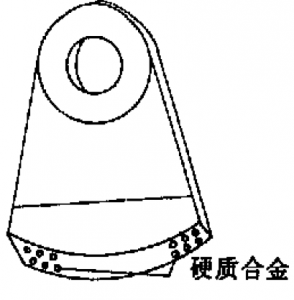 Based on Qiming Casting’s experimental results, Our TIC inserts manganese hammer span life longer than other material. This new design hammer not only suits hammer mill wear parts but also suits shredder wear parts. If you any question about this new material, please contact us freely!