Through direct cooperation with jaw crusher users, the wear parts produced by Qiming Casting are more wear-resistant, easier to install, and have a longer service life.

What is best material for crusher jaw plates?

Why material selection is the most important thing?

According to statistics, the replacement cost of the wear parts of the crusher accounts for more than 40% of the production cost. The cost of replacement mainly includes the cost of new parts, the cost of replacing workers, and the marginal cost of downtime. Unsuitable material parts will cause the parts to not wearable and increase the frequency of replacement parts. It is a big loss. So it is important to select the right material for your jaw plates.

There are 4 types of jaw plates materials:

How to select the right crusher jaw plate tooth?

Crush different kinds of stones or ores, it needs different jaw crusher tooth types to suit. There are some popular jaw plate tooth profiles and uses.

There are 4 tips for prolonging jaw plates working life.

When to change jaw plates?

There are two situations that need to change the jaw plates.

How to change jaw plates?

There are 13 steps to change jaw plates:

How to install jaw plates? 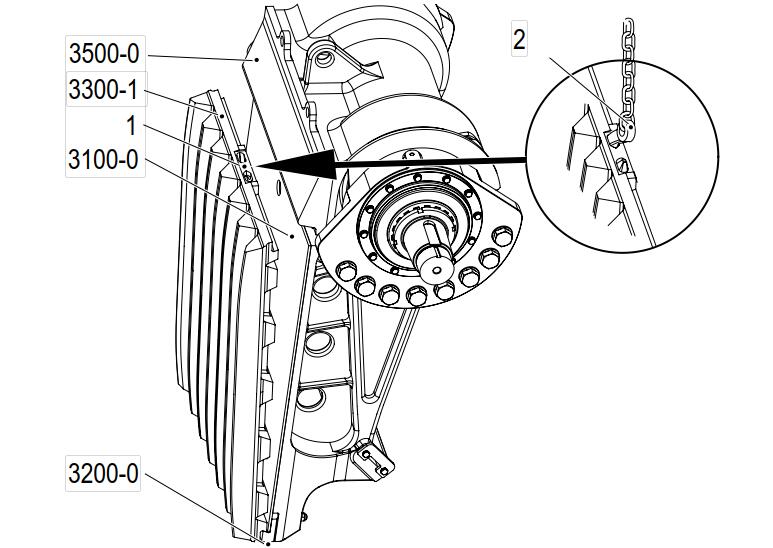 If planning to exchange wear plates (3100-0), cheek plates, deflector plate (3500-0), and/or support bars (3200-0) at the same time, please proceed to the instructions for those parts before installing the new jaw plate. Replace the support bar screws if they are broken. Remove the support bar and clean it carefully. It’s important that the contact faces of the jaw are clean. There are 13 steps for installing jaw plates.

What are the exchange ratio of jaw plates and cheek plates? 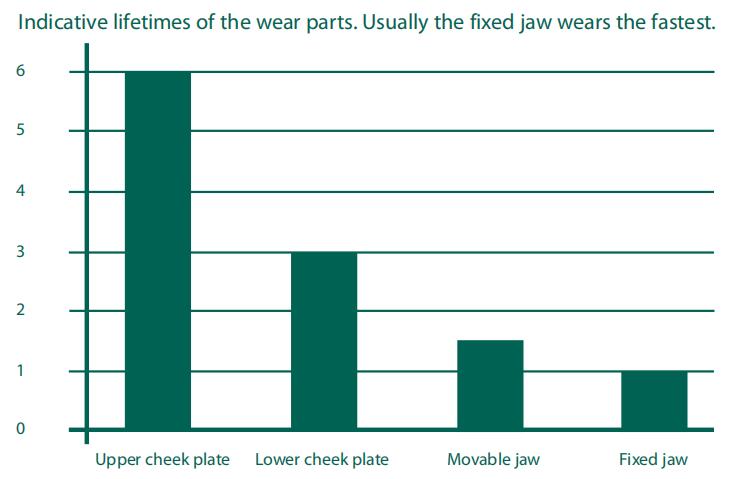 How to exchange cheek plate? 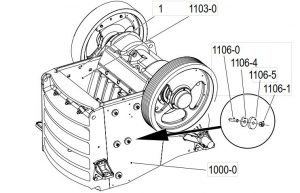 How to install the cheek plate? 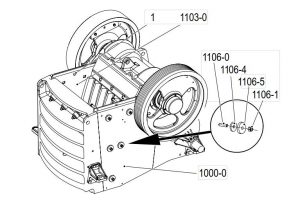 There are 10 steps to install jaw crusher cheek plates:

What is the jaw crusher flywheels? 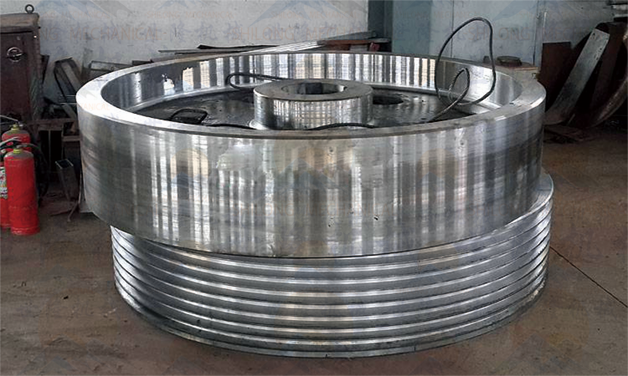 The flywheel is the main part of the jaw crusher. In addition to balancing the weight of the sheave, the flywheel can also accumulate energy. There are two flywheels on the jaw crusher. One flywheel is used to connect the triangle belt and the eccentric shaft, and the other one does not seem to have any effect on the appearance.

What is the jaw crusher pitman? 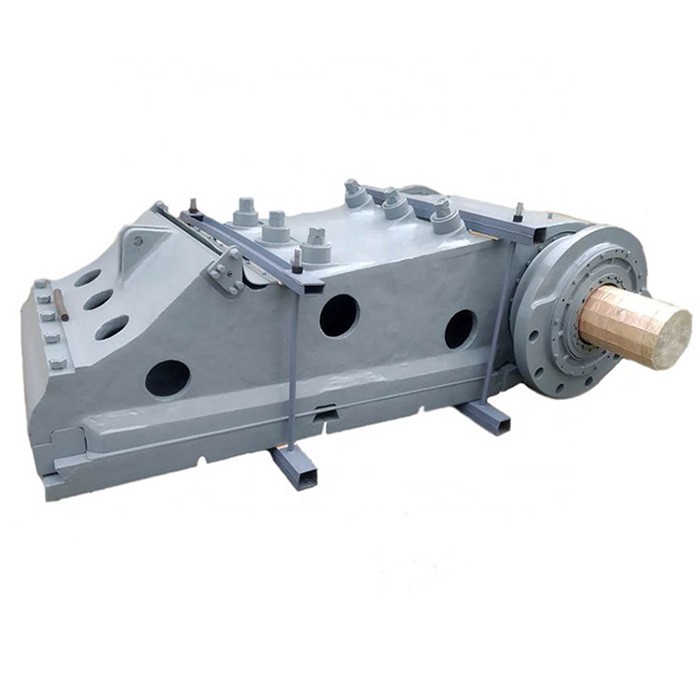 What is the jaw crusher shaft? 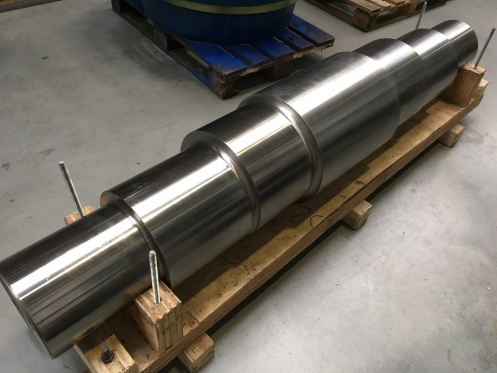 The material for the jaw crusher shaft are: 42CrMo or 42CrNiMo

What is the jaw crusher frame? 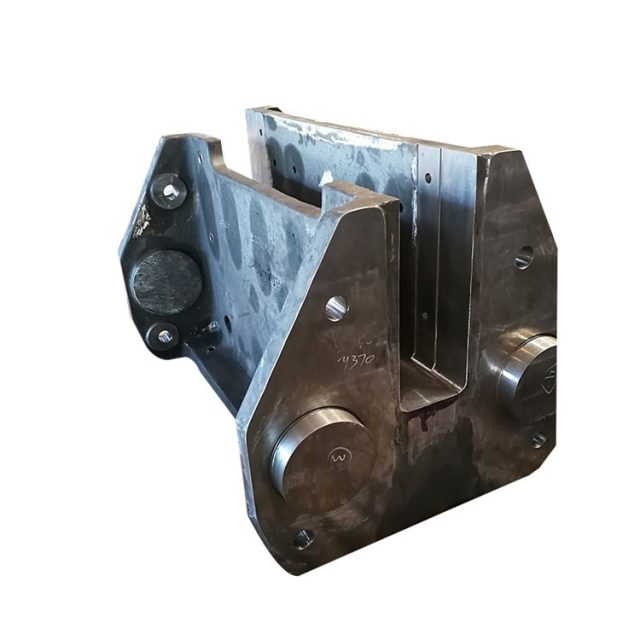 The jaw crusher frame is the installation basis for the entire crusher components. It bears a great impact load during work, and its quality accounts for a large proportion of the whole machine (about 50% for the casting frame and about 30% for the welding frame), and the processing and manufacturing workload is also relatively large. The strength and rigidity of the frame have a great influence on the performance of the whole machine and the life of the main parts.

The jaw crusher frame is divided into structure, there are integral frame and combined frame.

Due to the difficulty of manufacturing, installation, and transportation, the overall frame is not suitable for large-scale crushers and is mostly used by small and medium-sized crushers. It is more rigid than the combined frame, but it is more complicated to manufacture.

The combined frame is used for large-scale crushers. It has two forms: one is the combination of pins and bolts between the frame walls. For example, the 1200×1500 jaw crusher frame is divided into upper and lower parts, the upper frame and the lower frame. It is connected by bolts, and the keys and pins between the joint surfaces bear strong shearing force. The keys and pins also play the role of assembly and positioning.

The other is to use a welding combination, such as a 900×1200 jaw crusher frame. Its rigidity is better than that of a combined frame connected by an insert pin, and it is also more convenient to process, assemble, and disassemble. The 1500×2100 jaw crusher adopts a welded combined frame.

From the point of view of the manufacturing process, the integral frame is divided into an integral casting frame and an integral welding frame. The former is more difficult to manufacture, especially single-piece small batch production, while the latter is easy to process and manufacture, and the machine is lighter, but requires relatively high welding technology and welding quality, and requires the elimination of internal stress after welding.

In addition, cast steel is a process with high energy consumption, and from the perspective of energy saving, the welding frame should also be vigorously developed. There is no doubt that the jaw crusher adopts a welding frame in the development direction. 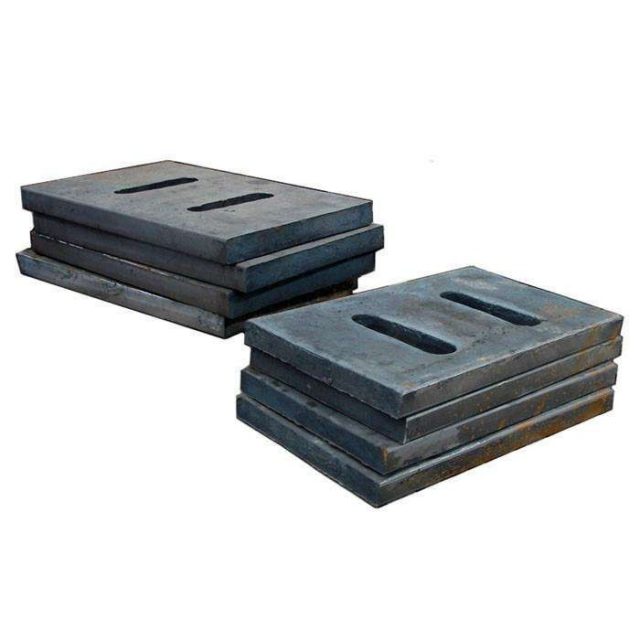 The toggle plate of the jaw crusher is a cast iron piece that has passed accurate accounting. It is not only a force transmission component but also a safety part of the jaw crusher. The toggle plate will be broken immediately and the crusher will stop working to prevent damage to the entire machine  When the unbreakable material falls into the crusher and the machine exceeds the normal load.

The toggle plate and toggle plate pad use the rolling contact method, and there is little friction under normal use. Only a layer of grease is applied to the contact surface. The whole part is used to adjust the size of the discharge port and compensate for the wear between the jaw plate, the toggle plate, and the toggle pad.

The material for the toggle plate is Q235A.

Sort by dateSort by name
DescendingAscending

END_OF_DOCUMENT_TOKEN_TO_BE_REPLACED

When it comes to PE 750X1060 jaw plates, Qiming Casting had manufactured those wear parts for Thailand customers. Qiming Casting replacement crusher jaws are engineered to last longer and crush more efficiently while reducing wear and tear on the crusher. Manganese is added to steel to improve strength, durability and toughness. The strength of a…